My life is mostly complete. I remarried last June. My book came out last fall. I’m very busy selling boxes these days. I just moved into a bigger home with my bigger blended family. At the end of the day when my head hits the pillow and reflect on where I’m at there is really only one void I feel – but it’s massive. You see – I’m not married on Facebook. I’m growing concerned that my marriage might not be valid at all. My 300+ Facebook friends haven’t been notified and I’m trying to figure out how now to get my wife Ashley to be open to a Facebook union. If Ashley doesn’t accept my Facebook proposal I think I might have to photograph our marriage license, post it on Facebook, and tag both of us in it. Maybe that would be enough? I fear not.

You see Ashley holds a little bit of a grudge because I didn’t make a Facebook proposal sooner than I did. When we got married my book had already been submitted. The book process take a while.  From the time I turned it in to the time it was released about 8 months passed. During that time we got married. The end of my book tied in with the fact that I had remarried so not wanting to give away the ending I didn’t propose to her on Facebook. Obviously a lot of our friends and all our family new we were married but not our entire Facebook networks.  When the book came out I didn’t even attempt to marry her on Facebook because she told me I would be wasting my time.  I hope I didn’t blow it.  What if I have to spend the rest of my life not married to her on Facebook?  I don’t like thinking about that.

I don’t believe it is too late. Ashley – we can do this. Marry me on Facebook and make me the happiest man online. How will I deliver this message? Well I already did the Facebook portion of it. Now I think I will copy a link to this post into an email and send it to her . . . wish me luck. 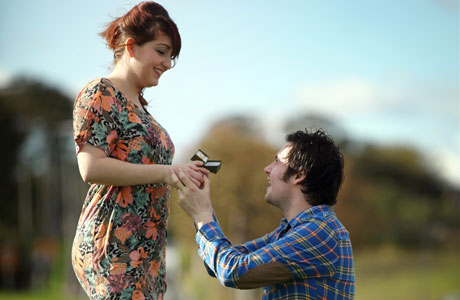