I recently got back from my annual fishing trip with my brother and some of our friends. It was almost two years ago that my brother Colin encouraged me to bring a pristine preserved wedding dress once worn by my ex-wife on a fishing trip. Two years ago we took it out of the box and started using it in many different ways. On that first trip it was used as a table cloth, a sleeping bag, and as a doormat outside our buddy Andy’s camper.

Before our trip a couple weeks ago my brother asked me if the dress would make the trip. I hadn’t planned to take it. The dress had already been used in some 120+ different ways. My book, 101 Uses For My Ex-Wife’s Wedding dress had been turned in long ago and was on the brink of publication. “Why take the dress?” I asked Colin.

Colin’s position was that the dress should return to the place where it first came to life as a giant multi-functional garment. He suggested we set it up as a doormat again – a before and after shot. There were no space issues in Andy’s SUV so we brought it along.

I think Andy has wanted to try on my ex-wife’s wedding dress since he first saw it on its first outing. He tried to get it on, but stood no chance of getting the sleeves over his arms. I do think he looks pretty good with the dress held up in front of him. I wouldn’t be surprised if after returning home from our trip Andy has been sneaking sessions with his wife’s wedding dress. Lucky guy – on our trip he tells me and my brother his relationship with his wife just keeps getting better and better – and he has been married for a while – not sure exactly but at least 12 years. Plus for a married guy he fishes a lot more than Colin and me. Whatever he is doing – it’s working – and I’m happy for him.

So – my book is just two weeks away from being available. I received an early copy last week. Seeing it is quite surreal. This project of mine turned into quite an adventure. I’m a lucky guy too. My marriage to the previous owner of my tattered wedding dress might not have worked out but I have so much to be thankful for. 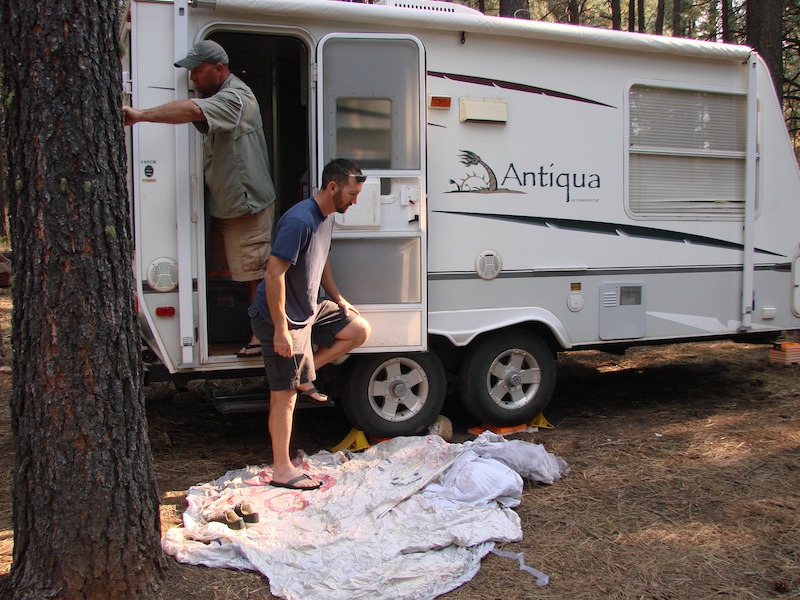 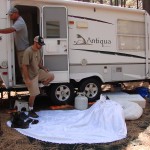 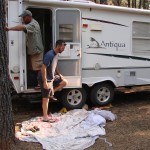 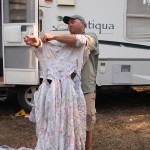 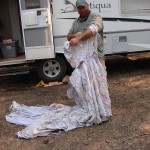 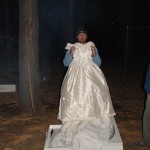 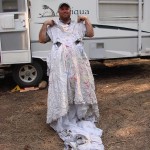