I went to my cousin Jenny’s wedding the weekend before last here in Tucson.  I am very excited about her union with Robert and wish them all the best as they start their married lives together.  They seem very happy together and I am happy for them.

The wedding was beautiful and the party that followed was a lot of fun.  My Aunt Esther and Uncle Jim (aka Es and Zim) are an integral part of our family here in Tucson and are the best of hosts.  My Uncle Zim, father of the bride, sang the song for the first dance which is something I have never heard of before.  I thought there were many special moments throughout the evening but that was the one that touched me the most.  I was glad to be a part of it all.

As special as I think that evening was I don’t think that I will ever experience anything like it again as one of the people getting married.  I’m not saying that I won’t marry again but only that I am fairly certain I would never want the big wedding again for me.  I wouldn’t want Elvis to marry me in a drive-thru either but I think next time around I am going to pass on the major production.

A few people have suggested that I use the wedding dress as a frost cloth.  I actually did in December last year on the one night that the temperature was supposed to drop below freezing (that’s a lie it dropped below freezing at least 3 times last year – all the way to 30 degrees I think).  I covered my hibiscus with the dress.  OK so our winters are dreamy.  I’m not trying to rub it in – our summers suck.  That is why my lifelong dream is to be a snowbird.  Is snowbird a term used everywhere?  We call the cold climate people that winter in Arizona snowbirds.  What do you call a warm climate person that summers somewhere else?  Whatever you call those people – that is what I aspire to be. 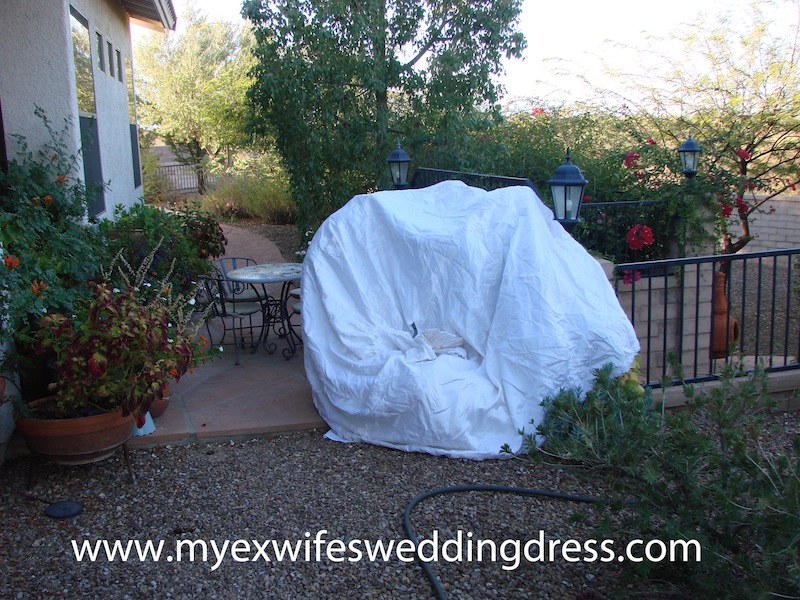 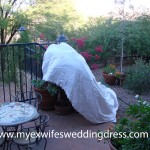 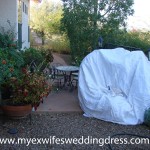 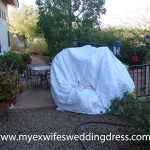