I’m beat – not because I consumed too much eggnog over the holidays or because I decided to start the New Year with a mile of burpees (yes that is 1 mile of burpees . . . burpee then broad jump and repeat for 1 hour and 53 minutes) but because the holidays require so much planning and scheduling that I get worn down.  I’m no Scrooge – I do like Christmas.  I’m just saying it’s a lot of work and when you share kids and have a lot of family to spend time with you pretty much need an Excel spreadsheet to keep track of it all.  There are moments over the last week and half when the thought of retuning to work was somewhat relaxing.

But, the mayhem was fun.  I wouldn’t trade it for anything.  My sister Lisa and her family stayed with us for a week.  My brother-in-law Eric and his family spent the night on Christmas Eve.  Santa delivered presents to 7 children and Santa did not hold back – the mountain of corrugated to recycle was massive.

And my mother did manage to get Ashley’s name onto my stocking that she keeps at her house.  There was concern last year because the red thread from my ex-wife’s name had seemingly stained the stocking for good.  Last year my stocking had a bow over my ex’s name.  I didn’t ask my mom her secret, but she did managed to get it white again.  I bet she bleached it a little every night since last Christmas.  And just to be safe she made Ashley’s name a bit bolder than the rest.  I have the boldest stocking spouse in my family – take that siblings.

I’m sure mom plans on holding onto these stocking forever which makes me even more motivated to make my marriage work.  If, for some reason, Ashley kicks me to the curb someday my next Match.com profile will have to include:  “Man seeks woman who is named Ashley for companionship.”  I guess the good news is that the name Ashley didn’t become popular until the mid 80’s so any future Ashley responding to my ad in the event the current one dumps me would be considerably younger than me. 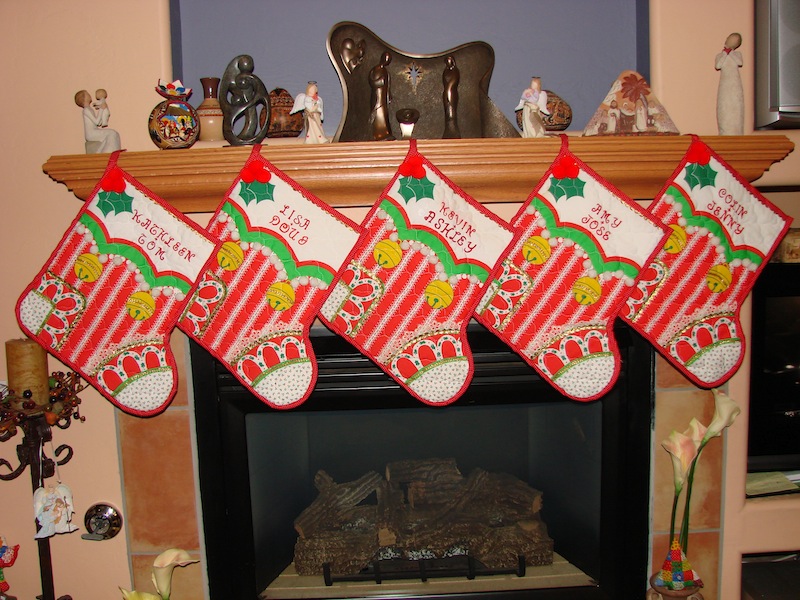