I just got back from an entire week of fishing the Missouri River near Craig, Montana. 6 days floating in a pontoon boat and tossing flies to healthy wild trout with a few buddies did wonders for my soul. I wish there was a way to take a trip like that more than once a year . . . someday.

Andy, Tom, and Tom’s dad Ray (who is 80 and fished all 6 days with us – my new hero) have done this trip for a few years and I have heard the tales. This year Diego and I got in on the action. When I imagine Montana fishing I think of a remote mountain river removed from everything. I figured we might see a couple other fisherman. Well – it turns out more than just fishermen appreciate the Missouri. Even though the town of Craig is tiny people seem to come from all over to kayak, raft, and fish the Missouri.

On day 5 – a Saturday – Deigo and I were fishing a section of the river with a very deep hole that had produced some fish earlier in the week. Next thing we knew our space had been taken over by a floating group of women – at least 20 of them. They had a few rafts tied together and were having a great time. Unlike the other groups of rafters we encountered this one was a bit different – it was a bachelorette party. I thought it was very original – and cool – to have a bachelorette party while floating down a river. They were aware they were close to where we were fishing but they wanted to do some rock jumping into the deep water and there was plenty of river so we moved on. I cracked up as I rowed away when one of them said “Looks like we scared those guys off. I bet they have never seen a bikini hatch before!”

I should have shown the bride-to-be the XWWD fly in my fly box that I tied with 100% ex-wife wedding dress material. I should have advised her that if things for whatever reason didn’t work out that she should make sure to hold onto her wedding dress. I wish her marriage a better fate than my first one. For some reason I feel like a woman who wants her bachelorette party to take place on a river is willing to put in the effort to make a marriage work . . . just a hunch.

Our group learned a valuable lesson in Montana. Uhaul’s are bad ass – the best recreation vehicles ever. We were supposed to get a Uhaul pickup truck or a van, but they had given them away. So we ended up with a full blown Uhaul. We didn’t know that it would make gear transporting a breeze and that we would never have to break down or deflate our boats. The only down side was that 2 guys (Diego and I) had to ride in the back. But I can put up with a hot bumpy ride in a lawn chair in a Uhaul if the destination holds fat Missouri River trout. 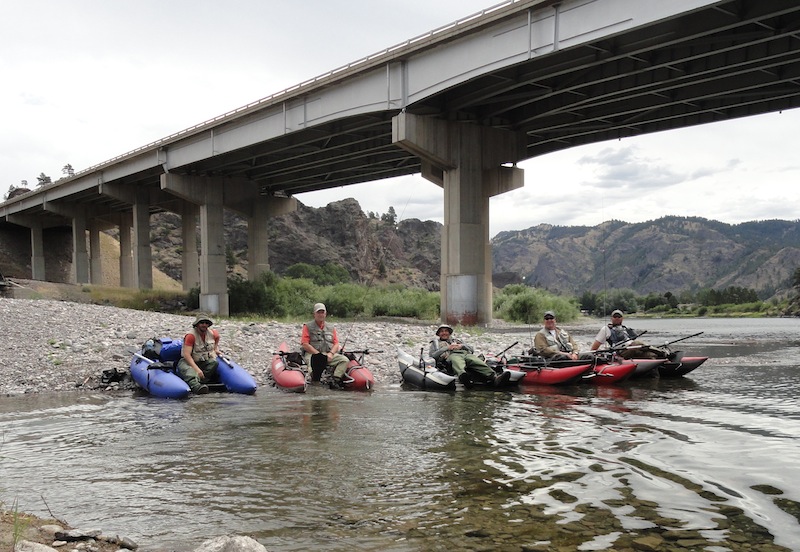 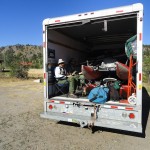 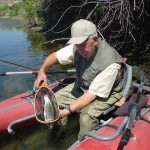 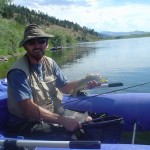 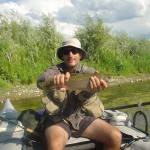 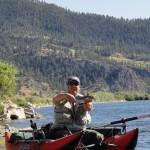 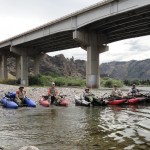