A few weeks ago I received a nice note from Shannon Willits – a fellow survivor of divorce who had relocated to Tucson and had visited my blog. He said he liked what I was up to and suggested I use my ex-wife’s wedding dress as a patch for a damaged screen door . . . a fine idea. I thanked him for dropping a line and sending his suggestion and wished him all the best. He replied the next day with another idea for the dress – a bikini top for a jeep. I frickin loved it and planned to do it – after all my buddy Ellis owns a Jeep. I thanked Shannon again – told him his idea rocked and that he could expect to see it on my website. I also told him had he suggested it a month earlier I would have put it in my book. Then Shannon sends me a picture of his Scrambler and volunteers it for the cause.

I’ve mentioned before how cool it has been to hear from a lot of divorcees through this blog of mine. Over the weekend I got to meet a nice guy and cruise around in his Jeep with the wedding dress soft top. He was a big fan of the wedding dress top and pointed out its advantages. He liked that the dress allowed quite a bit of light through without the heat of direct sun. He was also pleased after we drove off that a hole in the dress allowed him to use the rear view mirror (that wasn’t planned). And because a wedding dress can be compressed fairly small (I haul mine around in a compression sack), he thinks it would be easy to carry on in the jeep at all times and strap it on when the sun becomes overbearing.

I also met Shannon’s fiance Tara who was very nice and helped with the pictures. They are leaving town soon and I wish them all the best and really appreciate their help with a great application for a wedding dress. If you own a jeep and have a wedding dress (or an ex-wife’s wedding dress) parked in your closet doing nothing you should strap it on top and go for a ride. 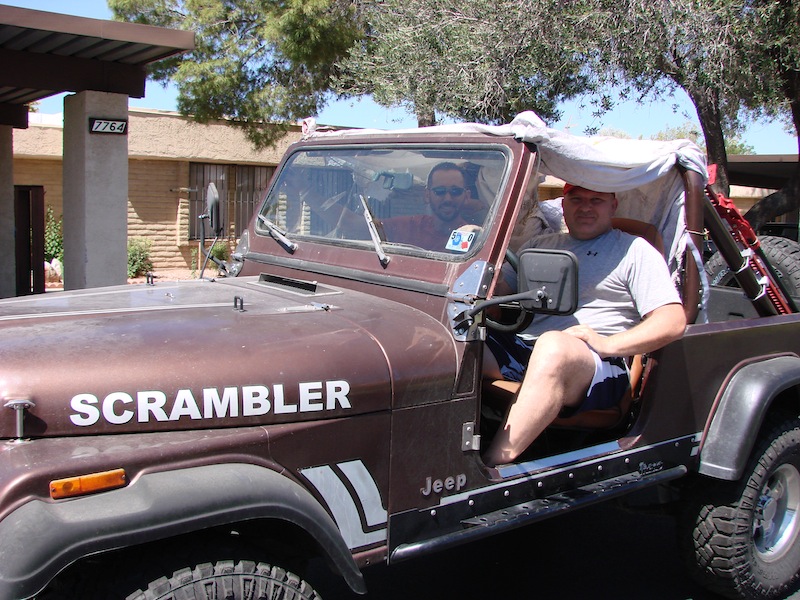 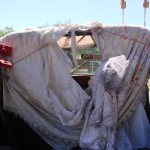 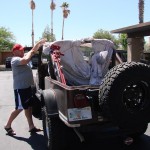 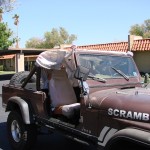 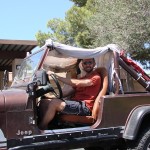 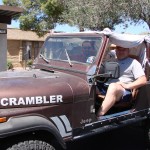