I haven’t really updated my blog in over a year. We have twins. I see the sunrise every day. We have twins. I cannot find the time to workout during the work week. We have twins. My car, my house, my yard, my desk, and often my body are dirtier than they once were. We have twins. I have slept on our couch with the baby monitor for months so my wife can attempt to get some sleep at night (I still get way more sleep but that gets her at least a few uninterrupted hours). We have twins.

Our boys are just over 1.5 year old and they are amazing. They bring so much joy to our lives. They don’t act or look anything alike. Our older kids love them. I’m not sure people were meant to have teenagers and toddlers at the same time because holy shit are our hands full. The older kids all have birthdays within the next month and will be 15, 13, and 7. Twins are one of those thing that everyone assumes is a challenge, but there is no way to know what have gotten yourself into until you are sleep deprived and asking your spouse permission to take a 3 minute shower.

Twins must run in your family right? I hear that with some frequency. I have cousins that are twins – I’m sure that doesn’t count, but my genes have nothing to do with why I have twins. I have twins because of my broken man parts – I had a vasectomy in my previous life. After my divorce when I signed on to Match.com I checked the maybe box for the “wants children” category. I had 2 kids already, but I would have had more had my ex-wife been on board. She wasn’t so I got myself fixed. Ashley check the yes box for “wants children”. She had a toddler when we met, but always wanted a big family. After falling head over heels for her I got excited about the possibility of contributing more to the over population of our earth.

I went under the knife below the belt a second time and after some healing figured I was ready to help make a baby. The surgeon called my procedure a success. My dixie cup submission a few week post surgery showed movement so it was just going to be a matter of time before we would be adding to our blended crew. 99% of vasectomy reversals are successful, but what I was not aware of was that a successful reversal doesn’t mean you have returned to your original form. A guy might have hundreds of millions of swimmers before a vasectomy and only a couple tens of millions of swimmers after a reversal and that is considered a success. We were aware that my numbers were low, but it only takes 1 right? I was confident – no doubt that persistence would pay off . . . and who doesn’t like persistence when it comes to baby making?

A few months passed and then a few more. I don’t remember exactly how long it was before we went to see a fertility doctor. We decided to attempt an IUI which is something I knew nothing about. My contribution wasn’t worthless – it just needed some help getting to where it needed to go – no big deal. 4 or 5 failed IUIs later we realized my contribution might be worthless and in vitro fertilization might be our only hope. It was a good thing that we made that decision when we did because my numbers were dropping . . . eventually all the way to nothing. Not that it would have been impossible had my number been 0, but for some reason having them extracted with a needle sounds way worse than everything I had been through up to to that point. My wife was a rock star – an over achiever like usual and produced plenty of eggs.  After they injected my defeated tailless swimmers into them we ended up with 6 potentially viable embryos.  That’s right – they cut off the tails.  It’s not enough to tell a guy his stuff is broke – they hammer that point home by actually removing the tails from the swimmers.  If they have no tails I suppose I can’t call them swimmers – hitchhikers would make more sense.  They injected my hitchhikers into her eggs and we ended up with 6 embryos.

This is probably a good place to point out that what Ashley went through during this process was insane. How human beings figured out the combinations of shots and medicines needed to allow a baby to be conceived this way blows my mind. Her role was way harder than mine – not to mention the emotional roller coaster of all the failed IUIs. She was amazing.

Our fertility doc’s strategy is to place a single embryo at a time and do that as many times as it takes until it works. We were on board with that plan and were optimistic it would only take 1 attempt. After all – there is nothing wrong with Ashley – all of our challenges were my doing. We were crushed when that first embryo didn’t take and had to figure out our next move. Our doctor said each attempt had a 50/50 chance of success. I like numbers and using those I figured that if we put 2 embryos in we would have a 25% chance of getting no babies and a 25% chance of getting 2 babies. There would be a 50% chance we would get a single baby and a 75% chance of either 1 or 2. We agreed that we would prefer twins than the disappointment of another failed attempt.

Now we have Denver and Miles. We don’t get great sleep and our house isn’t as tidy as it once was, but when you wake up with these 2 every day you wouldn’t change a thing. 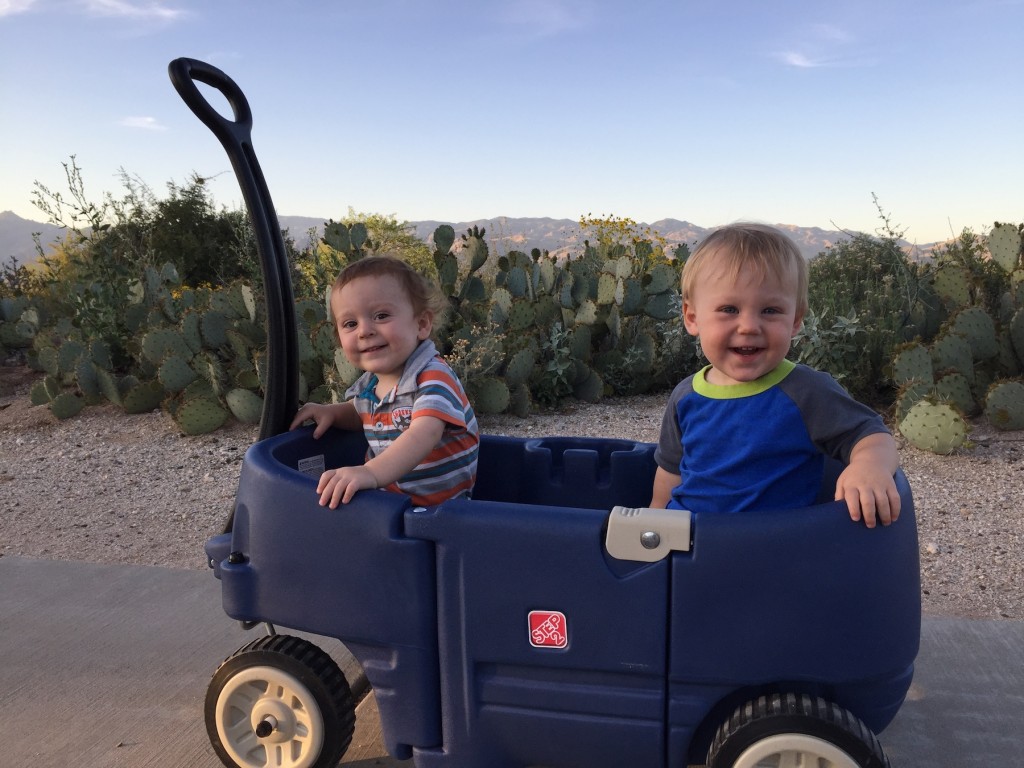 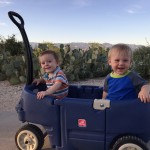 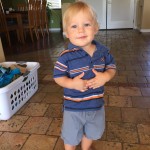 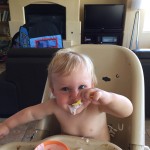 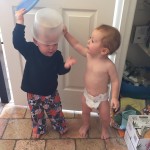 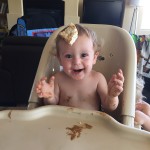